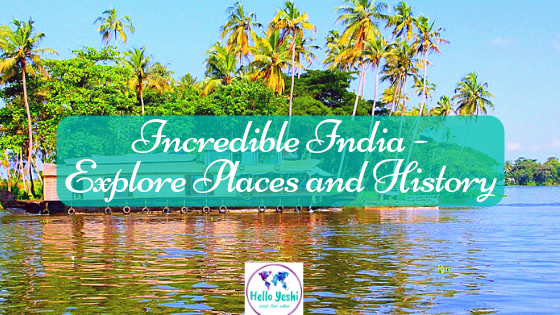 India is a place of celebration, not just in literal terms, but also in terms of other prospects. The country celebrates people, culture and traditions. It celebrates achievements and joy. There is a reason people from all across the world are well versed with this country and it has always been in every other person’s bucket list.

When starting off discussing about the various sightseeing spots around in India, the country has a vivid range of place you can visit. Every single part of the country is enriched with colourful traditions and historical significance which makes it have such substance to it.

While in India, it is completely futile if you don’t end up witnessing the symbol of love established by Shah Jahan for his beloved. It was built in between the years of 1632 to 1653. This mausoleum of pristine white marble is known all across the world for its intricate architecture and majestic manor. The overall place is maintained to its maximum to restore the rich history and sentiments it holds for the Mughal who established it. The lakes and the natural greenery around further add to the beauty of the place.

Known as the site of optimum pilgrimage in India, Varanasi is definitely one of those places around in India that catches everyone’s attention, no doubt Coldplay chose to shoot their music video here. Apart from the beautiful devotion and the sites of pilgrimage definitely make it a place you just can’t skip out on. The pure and everflowing River Ganges further brings together every aspect of the place altogether. Make sure to try the famous “Paan” while there.

#followmeto Festival Holi in Varanasi with @natalyosmann. This is was the most fun and my favorite from the shoot :)! 👻Follow us on Snapchat: FollowMeTo👻 #следуйзамной на фестиваль Холи в городе Варанаси.

If you want to catch some chill and recluse, this quaint city in the southern part of Goa can be the perfect place for that. It is considered as one of the most beautiful beaches around in Goa and all for the right reasons. The combination of the idyllic sea paired with the colourful sightings on the beach further make this one of the best spots to visit and relax around in. Even the nightlife, in here is one of the best that you don’t necessarily want to miss out on.

Not many people would tell you to visit the Kerala backwaters. Often a very underrated place, this is nothing short of a spot in heaven. If you are anywhere near, make sure to visit this place to enjoy the natural trace of greenery and a clean environment with little to no human intervention. The houseboat tourism is also a popular aspect of this place and if you can spare the budget, make sure to try and spend a night in them. Apart from this all you can also get a dose of a wide range of aquatic life around which further adds to the experience.

It is not surprising that India is known around for its mythology and architecture. If you wish to have an experience of the both, Khajuraho is the place to be in. This group of temples is famous for being the one temple to portray the beauty of eroticism via art. In today’s date, only 25 of the temples are still intact in comparison to the 85 that were built initially.

Apart from its wide range of temples and forts around, India is also famous for its wide range of wildlife. The Jim Corbett National Park is most possibly one of the most popular ones in the area. It is the oldest national park in India and is an amazing spot to witness the endangered species of the Royal Bengal Tiger. The best time to visit this place is during the months of April till June for the best kind of wildlife sightings around.

It would be a complete waste if we are talking about India and not mention Mysore Palace. This majestic landmark is one of the most popular palaces in India and all because of its beauty and glory. It is a complex comprising of 7 different palaces. The pink marble domes are what distinguishes this one from the rest and makes it one of the most beautiful places to visit around in India. If possible, visit during the festival of Dashara annually where they hold an art festival.

Last but not the least on the list of sightseeing spots in India definitely includes the Qutb Minar. It is the second highest brick minaret in the entire world. It is 80 meters in height and attracts a good chunk of tourists’ attraction throughout the year. The 379 steps staircase leads you to the top of the Minar providing with a breathtaking view altogether.

This developing country has witnessed growth and is still emerging itself as one of the leading names across the globe.

Be sure to check out my personal experience in  Incredible India! Also, follow the series with Food and Festivals! 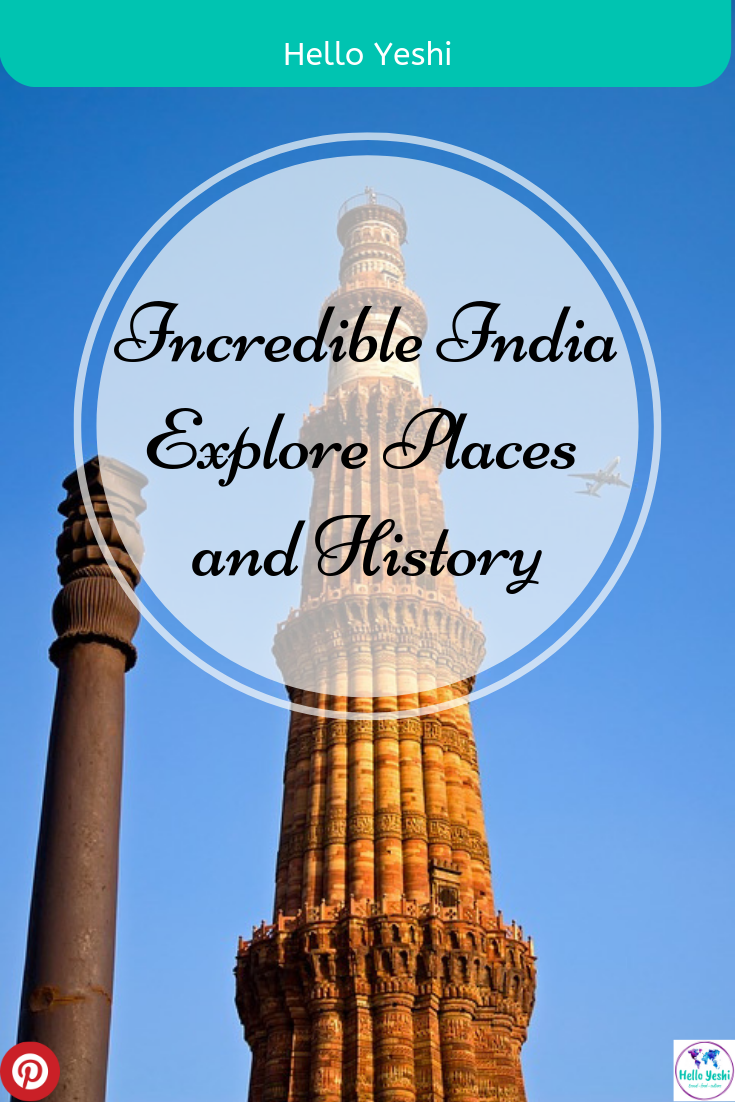