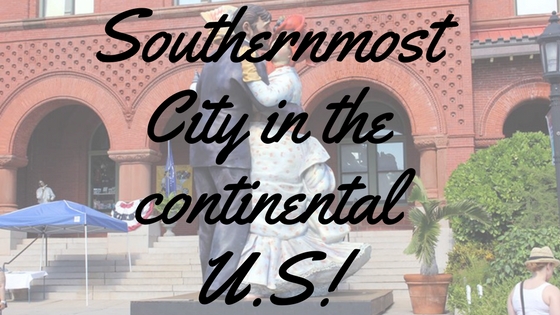 The Florida Keys are located south of Miami with the main islands being Key Largo, Islamorada, Marathon, Lower Keys and Key West.

Key West is the southernmost point of the continental U.S. It is known as the Conch Republic and is closer to Cuba than it is to Miami! This island was my vacation spot for a very hot 8 days! With a population of about 25,000 and approximately 20 square kilometers of land, Key West is home to divers cultures and amazing food!

It was my first island vacation, so I donned my Boho attire, drank too many cocktails and got a tan that has never really left me! The best way to tour the island is DIY and hire a bicycle as all the attractions have guides, waiting eagerly to impart their knowledge onto you. Duval Street is the main street in the town and has pubs and restaurants for everyone’s tastes.

Mallory Square is filled with restaurants, stores and boutiques for locals and tourists. It also boasts a number of live performers doing fire juggling, balloon artists, blues guitarist, checkered man, uni-cycling, Island Ballard performances, aerial acrobatics and sword swallowers. Mallory Square is also one of the best places to watch the glowing pink and red sunset into the Gulf of Mexico horizon.

The Key West Aquarium opened in February 1935, and is one of Florida’s oldest aquariums. Originally the aquarium was open air to allow for sunlight however, a roof was added in the 1960’s. The aquarium is home to turtles, sharks, stingrays, tropical and various other fish and is one of the top Key West attractions.

As the name suggests, this was the home of author, Ernest Hemingway and has more recently become a tourist attraction for the legendary poly dactyl/ six-toed cats that are descendants and/or relatives of Hemingway cat, Snow White. The home boasts memorabilia of the time that Ernest Hemingway lived there but by far, people come to see the cats. Snow White, Hemingway’s first cat was given to him by the captain of a ship.

Lasting approximately an hour and a half, the Old Town Trolley Tour covers over 100 points of interest in Key West, with a local guide sharing the island’s history. Some of the stops include Mallory Square, the Historic Waterfront, Bahama Village, Fairfield Inn, Roosevelt Station, East Martello Fort, and Southernmost Point.

An island holiday without water sports is a no-no! Therefore, I proceeded to spend as much time in the water as I could! On my first evening in Key West, I went on the glass bottom boat sunset cruise which was amazing – snacks and complimentary champagne included! The following two days, I went parasailing and jet-skiing – both firsts for me! The view from above was breathtaking – getting a 360 view of the islands really made it worthwhile!

**At the time of writing this post, Hurricane Irma is causing havoc and destruction along the path through the Caribbean and up to Florida. The Keys have mandatory evacuation underway. My hopes and prayers are that  nobody is harmed and The Keys and other destinations I visited in its pathway can be restored to the beauty I remember.