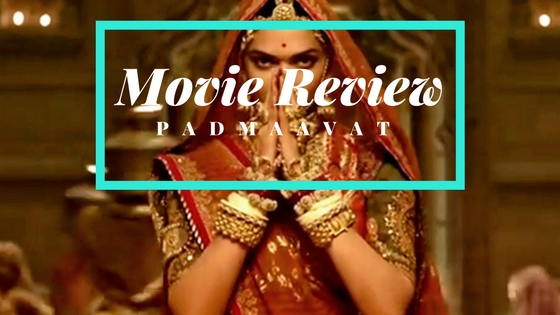 When a movie is surrounded by protests and death threats, you know it going to be epic! And in my personal opinion, Padmaavat was nothing short of epic; however, some things about the movie are controversial Here’s why:

Hats off to Ranveer Singh for his portrayal of Alauddin Khilji, he embodies and becomes his character like only a madman can and this is exactly what we got – a madman with an obsession that would go to extreme lengths to posses something. From his voice to his actions and dance sequences, you can see the brilliant madness and how only he could play this role! Shahid Kapoor’s performance as King Ratan Singh was ablaze and his on screen presence, staggering! There could have been better lines for Shahid’s character as opposed to the ones we expect and see in the movie. Padmavati (Deepika Padukone), the female protagonist, epitomizes the Rajput Queen on which the story is based. Her screen time felt limited and her beauty and grace with this character leaves you wanting more of her on screen.

Set in the 13th century and with a production budget of around $34 million, very little details were spared. Rimple and Harpreet Narula of Delhi were responsible for costumes – taking into consideration, each character, as well as the period it was set and traditional influences! Padmavati was adorned in the most beautiful Rajasthani ensembles (with intricate Gota embroidery depicting Rajasthan architecture) and jewelry sets that all new brides will be vying for.  King Ratan Singh wore costumes which showed off his position and flair as king – his turbans and jewelry added to his character. Alauddin Khilji was dressed in dark Turko-Persian attire which included heavy gold and precious stones on his garments.

Some of the best songs and background scores I’ve heard in a while (What did you expect from Bhansali, Yeshi?). The lyrics played its part well in the songs owing to its setting in the movie. My favourites – Binte Dil, Ghoomar and Khalibali. Choreographer, Kruti Mahesh killed it with Ghoomar and Khalibali, Ghoomar being a tribute to Rajasthan folk song and dance, take this choreography to a new level of folk dance in its simplicity and elegant movements. Khalibali plays into the madness and the high-energy performance from Ranveer Singh.

Based on a fictitious poem by Malik Muhammad Jayasi, Padmavat (1540), the film revolves around the Rajput Queen whose beauty is the focus of a Muslim Sultan even though she is married. After a drawn out war between her husband (Rajput King) and the Sultan, the Rajput Queen performs jauhar (self-immolation) to protect her dignity and honour from the Sultan.

It was claimed that the film contained inaccuracies pertaining to the Rajput Queen – claims which were falsely made to extort money. The portrayal of the Muslim Sultan to be an obsessed madman and a righteous Hindu King seemed too much of a cliché and was taken in bad light to some – this is fiction and was based completely of a poem. The act of jauhar was a custom of mass self-immolation by women (Hindu) to avert capture, enslavement and rape by foreign attackers. Jauhar in Padmaavat is depicted in its traditional customary sense but also shows the extent women will go to for love and ultimately sacrifice.

**I, in no way condone jauhar.