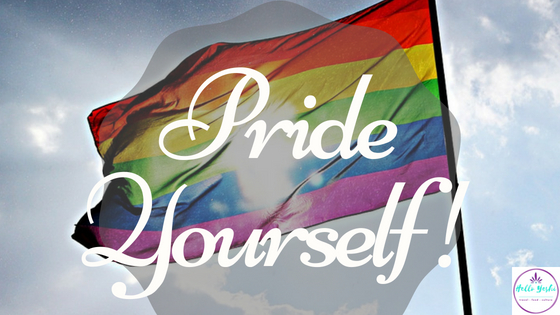 If you’re still stuck in the old fashioned 19-voetsak era, know nothing about or are oblivious to Pride Month – Hello and Welcome!

June marks the month of Pride and everyone should be celebrating!

I’m sure by now you’ve come across millennial lingo such as Glo up, Lit, Slay, Woke, On fleek and Exxxtraa…well, say thank you to the LGBT community that gave us this!

It is celebrated every year all over the world in support and in honour of Lesbians, Gays, Bisexuals and Transgenders. Pride Month started as “Gay Pride Day” in America, in honour of the Stonewall Riots in 1969. To encompass all the celebrations and events surrounding Gay Pride Day – Pride Month came about. Celebrations in Pride Month include parades, carnivals, festivals, dance parties, rallies, awareness talks and so many more exciting events.

The first South African pride parade was held towards the end of the apartheid era in Johannesburg on October 13, 1990, the first such event on the African continent. Section Nine of the country’s 1996 constitution provides for equality and freedom from discrimination on the grounds of sexual orientation among other factors. The Joburg Pride organizing body disbanded in 2013 due to internal conflict about whether the event should continue to be used for political advocacy. A new committee was formed in May 2013 to organise a “People’s Pride”, which is “envisioned as an inclusive and explicitly political movement for social justice”. Other pride parades held in the Johannesburg area include Soweto Pride which takes place annually in Meadowlands, Soweto and eKurhuleni Pride which takes place annually in KwaThema, a township on the East Rand. Pride parades held in other South African cities include the Cape Town Pride parade and Khumbulani Pride in Cape Town, Durban Pride in Durban and Nelson Mandela Bay Pride in Port Elizabeth. Limpopo Pride is held in Polokwane, Limpopo – wikipedia.org

Pride parades are held all over South Africa, for more information about these parades, events and the SA LGBT Community, check out:

Taking part in, supporting, assisting, showing up or even just reading and becoming aware of the LGBT community and Pride Month means supporting the stand against violence and discrimination towards every lesbian, gay, bisexual and transgender. It also means that I promote equal rights, self-confidence, sexual diversity, gender variance and the LGBT culture. There’s a concept I recently saw online that struck something in me, from the movie Love, Simon – if straight people don’t have to come out, shouldn’t it be the same for gay/lesbian people? Like why would straight people tell their parents they’re straight? It should be the same if for gay people.

We ARE a RAINBOW NATION, so we should definitely stand behind the rainbow!

**I have used LGBT as an acronym in this post, however love and support to all in the community (LGBTIQ)

0 thoughts on “Pride Yourself!”